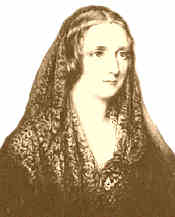 Whether you like it or not, by the time you read this, someone may have already cloned a human being . Maybe it will be in the news. Maybe it will be a secret. What's missing is a dialogue. Where's the public input in policy making? Are you for it or against it? The songwriting team of TagYerit are split on it. The result is their song Dreading Armageddon, which humorously delves into some of the fears and hopes of science, fiction and prophecy.

About these pictures .... Each pair of pictures starts with the original. The second one is a clone generated when this page loads. But we've programmed in 2 simple variables that just may distort the image. You might imagine that the world needs another Einstein or Mother Theresa. What happens when some tiny variable, whether it be in the birthing, the climate, environment , education, upbringing or other factor intervenes? Maybe the result will be an improvement. ... This time!!! Anyway, after comparing the 2 pics, vote in the survey to leave your opinion. To see different clones hit your browser's 'Refresh' button (or on your keyboard try 'Ctrl R' or F5). Oh yeah they're pictures of Mary Shelley ("Frankenstein" ) & Gregor Mendel (Father of Genetics) 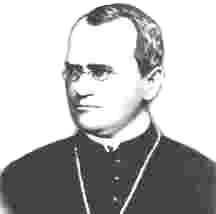 Tell your friends to come vote. If enough people vote, it might just be worth passing this on to our politicians. (This page was installed on June 15th, 2001. Over 500 votes tallied by Jan, 2005)
Why you don't want to vote more than once .... You're sitting there thinking that you can influence the outcome of this poll by re-voting. ... Instead of creating a clear mandate, you are instead hiding the truth ...   If there are 100 votes and you vote yes 50 times the results may say that 62 people agree with you, and only 38 disagree ... But what you've really done, is to fool yourself and others into thinking that you have a clear majority for your side. Won't you look silly when such an issue hits the polling booth and instead you've lost, 38 to 13. (the number of people that actually voted in this hypothetical situation) Instead it's better to know what you're up against.

Whether you'd like to say hi; make a request or a suggestion; discuss the use of any of these images; swap links; we'd love to hear from you!

We never disseminate email information. We are ever mindful of the privacy needs of our friends.