Notes From The Studio

Ever wondered what goes on in a recording studio? Between some of my other tasks, while working on TagYerit's second CD, I've done a little bit of recording of my own. These quotes are fairly random. In one sense they're completely representative, but in another way, they're pretty insignificant. As ephemera, they're by-products intended to disappear the moment they're spoken. But if this page accomplishes nothing else, it might inspire better relations between artists, engineers and producers. After all, if they know we're taking notes, maybe they'll behave themselves ...Naw, I guess not.
Go to TagYerit's Music page to hear some of the finished product. 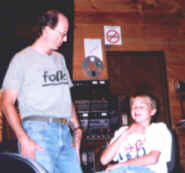 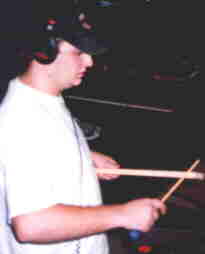 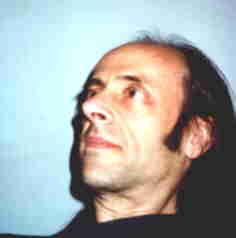 Fred's drums were recorded August 25 - 27, 1998. Fred was isolated with his drum kit in a soundproof room. The picture window faced me (Rich). I was able to see Flo in a small room off to the left of the recording console and I could see Ed and Greg through their picture window. Flo, Fred and I each have a separate set of headphones to monitor the different tracks as well as communicate with each other. Greg and Ed use a "talk-back" mike (microphone) to communicate with us as well.

Greg looks at the lyrics to Embarrassed: "Is this a song that really need to be written?"
Rich:" It's too late."

Greg (to Flo): "It's a good thing you have Ed for producer in your search for self esteem"

Ed: "Freddy, I love the way you're smacking the f(expletive deleted)ing hi hat on this one."

Same as Act I, but without Fred

Ed (Re Dreading): "The front (of this song) has to be perfect, because it's going to be butt naked."

Greg: "The guitar is lined up in the middle between 2 channels. #8 is hard left, #9 is hard right"

Greg to Flo: "Your playing is all messy and girl-like."
Flo, meanwhile, is imagining the best order to dissect him.
Ed: "Those are weird notes. The mixolodian, up-your-ass notes."
Greg: "Robert Fripp couldn't play that. It'll be great on the Polynesian Tour. Get a copy of this to Dory (Previn)"
Greg: "What do you think about that one? Pretty ballsy for a girl."

Ed to either Rich or Flo, after innumerable false starts: "Wake me when you get it."

Greg: "Very close. Think Jeff Beck. Do you like Jeff Beck?"
Ed: "Wake me when you get this riff."
Greg: " Do you want more Fast Fret?"
Greg: "See that. Shouldn't you be playing with the drums?"
Flo: " Rich, tell me when Greg gets condescending, and I'll punch him."
Greg (obviously not responding to Flo's comment): " Dig in. That gives you the power. Otherwise, you sound like a wimpy pinko commie."
Ed: "There's one note or chord there that has gnarly teeth."

Same as Act II. Just a different day. Some of these comments refer to some of Flo's secondary figures and overdubs.

Ed (to Greg): My voice is shot today, so don't make me have to yell. I'll just have to kick instead." Greg (notices an errant bass note & points to me): "We have to fix him here."

Greg (to Flo re: Music Makers): "A guy would be forced to play on the beat.
Ed: "Yeah, it's like you're playing all anticipations and retards."
Flo: "You mean I'm playing it wrong?"
Greg: "No, it's just your style."

Greg: "Don't make me have to do this twice."

Ed: "It's going to be like a boxing match, there are so many punches in here."
Greg (to Flo): "I bet you come here to feed your neuroses."

Ed (re: Tubeman): "When I first heard the part, I thought it was either weird or a mistake. Then she repeated it on every subsequent part."
Greg: "Do you like Devo?"
Flo: "Yeah!"
Ed: "What's that noise?"
Greg: "It sounds like a kid with wet sneakers."
Greg: "I would recommend you limit your caffeine intake, when you write these parts. And be careful, ginseng has a cumulative effect."

Greg: "You keep playing hotter. Wow! Have you been eating meat?"

Flo: "Don't laugh at me."
Ed: "Flo does everything, including providing comic relief."

So, while I've tried to capture fairly accurate quotes, don't forget that context is important in deciphering the personalities involved. If someone comes out sounding like they're mean spirited, prejudiced or overly dogmatic, then you may have missed the mischievous twinkle or the tired strain of a long day of concentration. We have all worked together before; the atmosphere is actually very conducive to creative output, and we hope to continue with future projects as well. 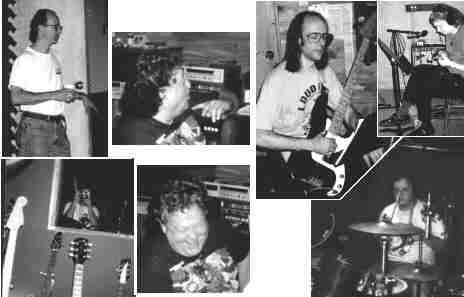 TagYerit at work on their second CD "Tubeman"

--> To contact us please type in the email address shown in this image.

My website moved and I haven't figured out how to get the forms working yet.

Just so you know: We never disseminate email information. We are ever mindful of the privacy needs of our friends.